❆Hello fellow wolves!❆
I am Max, a friendly wolf. Don't be afraid to friend me. I don't bite, I just sniff, pin, talk, whimper, and growl. If you think I'm interesting, continue :D. If do don't like me and don't want to read on and instead want to burn my wolf den.... Then that's okay, I annoy everyone. :3
About Me
✔I LOVE wolves.

✔My favorite dog breed is a Husky.

✔My favorite color is aqua.

✔I live in the Bay Area of Northern California.

✔I have a YouTube... pls look at my videos except for the one of a gopher and when i go to a store pls PANIC! AT THE DISCO

MAX
Age: 2
Gender: Male
Species: Wolf-Husky-GermanShepard mix
History: Max was originaly a husky back in 2010ish. Named and modeled after the Eight below character "Max", the similarities are quite obvious if you see the husky version of Max. Max became a wolf-dog after I started playing the game "Wolf Quest" in June 16 2013. He looked the same until I became a balto fan again and changed his black and whit fur into a black and grey fur that looked like balto(his eyes barely changed at all xD). After I joined wolfing, I made my first Max poses but didn't do a good job at keeping him to look like balto giving max his current fur. Also wolfing is what made max have a dark and light grey fur color. KORO
Age:1 years old(29 was a mistake)
Gender:Male
Species: Siberan Husky Mix
Strength: - - - - - - - - - - 10/10
Agility: 8/10
Swimming: 6/10
Wound Making: 8/10
Bio: From a long way away a small pup from Ashville was born, he was the runt and his older brother Jorak bullied him, once Koro had enough he had made deep wounds suddenly killing Jorak. Koro ran away from home crying in a forest where a dark wolf took him to this pack where another golden retriever challenged him causing him to loose a ear, He was accepted as a Patrol Leader of Darkened Demons Dog Pack (Thanks Whistle for the character! YOU DERVERVE TO BE MENTIONED)

POUZDANA
Species: Could be a wolf or grass??
Age:-654
Gender: Female
Don't be an ass, shes just the grass, and her feelings are glass. ;) 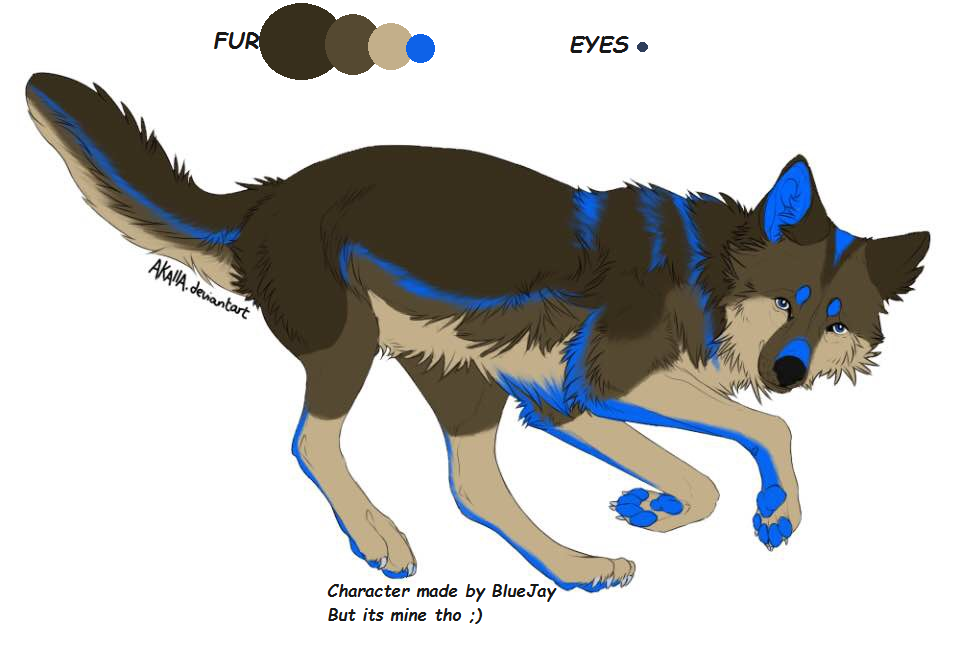 ● Rule 1: You have to know a member of PPNG rather closely

● Rule 2: You must respect everyone's choice of genders and sexuality

● Rule 3: It is suggested that you see a Disney Movie (or Balto)

● Rule 4: Must respect other people's fursonas

● Rule 5: Unless another member knows you are joking, please don't be offending anyone

Please do not talk or joke about these topics as they are real rules and need to be taken seriously even if they seem silly to you they are important to someone.

(If you disagree with one of these rules, it is NOT okay to disregard it for your own feelings, instead speak to Dogsled or Amaya, the admins, about the issue and don't be afraid to let your thoughts go unheard as long as its calm and negotiable.)

•Don't joke about terrorist attacks
•Alcoholism
•Don't call depression ans anxiety an excuse
•Abuse
•Don't say that hockey sucks
•Don't joke about disabilities
•Don't badly about vegans/vegetarians/how anyone chooses to lead their life, joking is alright if it isn't personally directed towards someone.
•PLEASE do not bring up someones past on wolfing, it's saddening to some people and it's just better to leave it in the past.


● Rule 6: Don't try to spread sadness to other members (if you are depressed however it's alright) an example is don't try to get people to pity you

● Rule 7: Try not to rant about the same topic again and again in group presence

● Rule 8: Have some Suspension of Disbelief

● Rule 9: You're basically always grounded, just get used to it

-If you disagree with any of these rules please take it up with the admins, Dogsled and Amaya. Or settle it yourself in a calm matter with the person and come to an agreement, if you can't then alert Dog and Amaya-

Or given 3 warnings, unless it was a major way to break a rule which then your punishment will be decided by the entire group and voted on■
This group is very loving and caring, and will except you for whoever you are, so don't be afraid to talk to them either :)
Unless if you are you then we will not accept you. -JayTail 2017
The people in this group are:

We also have a youtube channel mainly for dubs, but also for posting our animations, songs, and more!

Pokey Paws Normal Ground (PPNG)-
Sometimes I feel like I'm the only one like me, then I call you guys. Only group of people I'm not quiet around.. and you guys should know that xD

Narnia-
my bro! youre a great person :) dont let people put you down

WolfKodi-
Kodo! You were the first person I met on here and though we don't talk much as you are 18 hours ahead, you are still a great friend of mine :)

Zenkia-
oh hi you're on this this list b y e

howlingwolves12-
oops your in PPNG so you are here twice. you’re great ok. And you’re a geek and my closest friend. I claim her ok

BlueJay-
oops your on here twice too. b e s t f r i e n d :D you knew i was depredded as hell just by me saying goodnight

Frinny-
LOVE ME PLS- honestly i love talking to you though, even though you tease me for being a nerd. ALso you're always so happy to see me online and even tend to want to be with me all the time :3 its kinda nice tbh

Amaya-
doesn't get to be added (but he is in fact the best person ever -totally not Amaya of course this is Max C:) -actually what I wanted to say was weel

AngelofDarkness-
LEXIEEEEEEE HEY MEGA BEST FRIENNDDD, i like how were both just band nerds
Hands off she’s mine

Paige-
hey you lion, you don’t come on here anymore but you still get a spot here

My crush link because the image broke

Visitors of my profile ˙ ͜ʟ˙

i will block you if you do so and so

I bet you that I can guess who is reading my profile :3 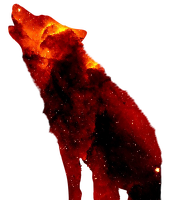 Copy direct link to this Howl
MaxTheWolf 1 year, 11 months ago
I like when a pose I had for 4 years gets rejected lmao
Reply5AngelofDarkness, Tipzie, Colress, theon and Ulv a-pawed this.

Copy direct link to this Howl
MaxTheWolf 1 year, 11 months ago
GOOOOOOOD MORNING WOLFING! IT IS 4:34 PM AND CALIFORNIA IS JUST LIKE PARADISE RIGHT NOW AND NOTHING AT ALL ABNORMALLY CRISP.
WHOS READY FOR TURKEY 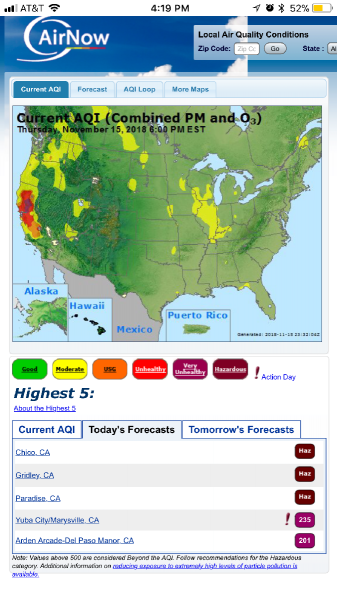 Copy direct link to this Howl
MaxTheWolf 1 year, 11 months ago
Some lighter side updates on me: band doing great
GUYS I HAVE A KITTEN NOW OH MY GOD SHES TINY AND CUTE BUT MY FRIENDS WANNA STEAL HER FROM ME
Reply5Collie, Dirge Of Dreams, Pawproductions, theon and Ulv a-pawed this.

Copy direct link to this Howl
Kedamono 1 year, 11 months ago
THATS WHAT YOU GET FOR HAVING A CUTE KITTEN EVERYONE WANTS IT
Reply1Dirge Of Dreams a-pawed this.

Copy direct link to this Howl
MaxTheWolf 1 year, 11 months ago
So in 2017 California had our most destructive fire and largest fire on record. This year you can same. The fun part is they get worse and worse every year as in August one was super close to my home and I just watched it as it moved fast towards me 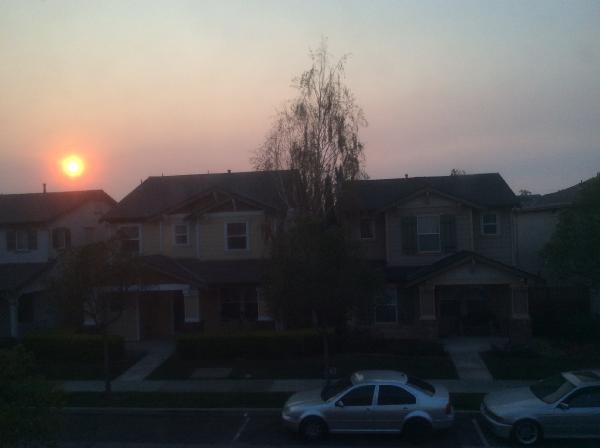 Copy direct link to this Howl
Kedamono 2 years, 3 months ago
aa
a
a
aa
aaaaaaaaaaaaa
a
Reply

Copy direct link to this Howl
Ohio 2 years, 3 months ago
almost all ur howls r from u so heres 1 from me
Reply2Ulv and MaxTheWolf a-pawed this.

Copy direct link to this Howl
MaxTheWolf 2 years, 3 months ago
So I slept/ was out today mostly so I’m just now saying this
So France won the World Cup
But Croatia won the world
I’m proud, they won my heart when I first saw them 4 years ago, I just like the country now tbh

Copy direct link to this Howl
MaxTheWolf 2 years, 3 months ago
in the past 3 years ive been pinned 600 times. come on guys you can do better than that

Copy direct link to this Howl
MaxTheWolf 2 years, 3 months ago
youre not bothering me but okay
Reply
Load More Howls