I am the lawyer you're looking for.

I'm a hilarious sort of gentleman, who likes nothing more than boxing with the right man.

The first thing people usually notice about me is my giving personality, closly followed by my smashing fingers. I am not one of those fake people who pretends not to notice their own qualities. My fingers and thighs are top notch. These gems of honesty are just part of the hilarious person I am.

I work as a lawyer, helping vulnerable adults. This allows me to exercise my skills: drawing and wielding weapons. I would like to tell you about the time I met David Bowie, which is true, but it's important to me that you know I'm honest, so I'll save the wilder parts of my life for another time.

My life goals include:
Star in the next Star Wars film.
Become the best lawyer I can be
Help all the vulnerable adults in the world
If you're the right man for me, you'll be energetic and modest. You won't be afraid to dance and will have a healthy respect for monogamy.

My ideal date would involve reading in Cornwall with a blonde man by my side. While we're there, I compliment your wide elbows.

Honesty and openness are the most important qualities in a relationship. I will be honest with you, if you will be honest with me. I will never hit on your best friend whilst you're visiting a sick relative, never text my ex behind your back while you're asleep, never post naked photos of you on Facebook. That's just the kind of gentleman I am.

May the force be with you.

I urge you, get in touch

Copy direct link to this Howl
Crashwolf 1 year, 7 months ago
When you're hurt or wronged, the instinctual response is to get closure in order to move on. Sometimes you get it, and sometimes you don't. In the cases that you don't, you have to make your own closure.

I will be taking my departure from Wolfing. When I resigned from the team, I was unhappy with the state of the team, and the state of the site as a whole. I was especially unhappy with the Administration. I won't go into too much because I'm sure people have heard plenty about it already, but frankly I'm not too concerned about how it's made the Administration look, as it's my story to tell as well. For those who are seeking to join the Wolfing Leader team, I would advise not advancing past the Gamma rank. Dealing with the Administration directly you will find little else outside of frustration, stress, and a feeling that you really don't matter. Those who are close to the Administration on a personal level will be able to do your social aspects better than you, since future development and project ideas are shared with them before you. You'll hear about it from them before your boss. Your ideas and envisions will also mean little to nothing, as opinions outside of the personal circle are not valued and considered unless you spend actual months pushing the idea. Let alone more months for it to get anywhere. It really is much simpler to deal with the userbase.

Of course, on the inside of all this is more than just "creative differences between team members" as it appears on the outside. This frustration is sleepless nights from both sides, friendships coming undone, bad blood all over the place over the course of a little over a year. Almost all the highest ranking people that have left have been because of these reasons. There is a lot of personal resentment and it's exhausted all parties involved. It won't be fixed until the Administration actually takes the effort to put the first foot forward, since this is it's mess, and starts the repair cycle in motion. But since it cant even put the effort for it's own project, personal relationships are certainly out of the question for a long time. Which is something that hurts, but it's something that I and many others have come to accept.

I may pop in every so often to check messages and whatnot at first, but unless something changes, my departure will be permanent. This site holds too many negative emotions for me to enjoy anymore. Feel free to contact me on the following platforms, if you are interested:
Discord: Kurosuno#7415
Twitter: https://twitter.com/Kurrosuno
Tumblr: http://mega-houndoom.tumblr.com/

Sorry, this was a lot longer than I planned, but it's more so for me, as stated in the beginning. Thanks for understanding.
Reply23Nyx, Ambedo, Ruby, radio, ForeverLostHeroes, solis, SkylarTheWolf, Collie, judal, DarkClaw, Krue, Levi, Zak, Kat, xBaltoWolf, Epsilon, Ulv, lover, Lynx, spoon, theon, Spin and Aqua a-pawed this.

Copy direct link to this Howl
GiantCat 1 year, 7 months ago
Make it like really tiny and hard to read or something
Reply

Copy direct link to this Howl
Crashwolf 1 year, 7 months ago
im running out of ideas
Reply

Copy direct link to this Howl
Crashwolf 1 year, 7 months ago
it comes back wounded
Reply3Aqua, theon and Spin a-pawed this.

Copy direct link to this Howl
Niconi 1 year, 7 months ago
RIP Crash's glorious profile.
You will be missed.
Reply3Crashwolf, Aqua and Spin a-pawed this.

Copy direct link to this Howl
Niconi 1 year, 7 months ago
Your profile is god.
Reply1Crashwolf a-pawed this.

Copy direct link to this Howl
Crashwolf 1 year, 7 months ago

Copy direct link to this Howl
Zak 1 year, 7 months ago
your profile is the last remaining
Reply

Copy direct link to this Howl
Kel 1 year, 8 months ago

Copy direct link to this Howl
Crashwolf 1 year, 8 months ago

Copy direct link to this Howl
Kel 1 year, 8 months ago 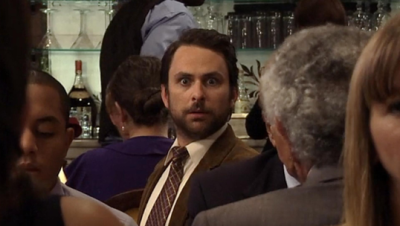